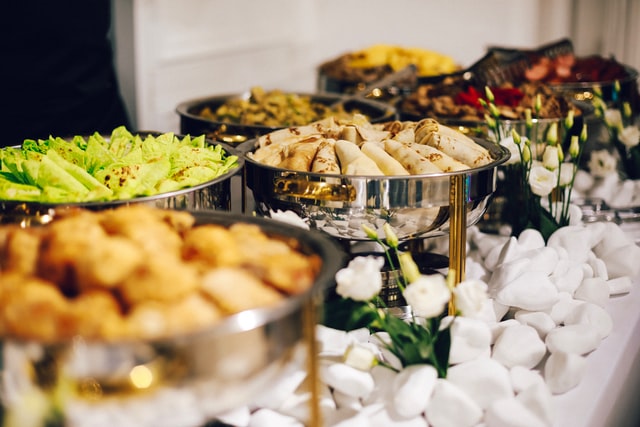 When the pandemic hit, event venue The Grand in Long Beach was no longer able to host events, most of which are weddings. Rather than panic about the loss of income, The Grand decided to get involved in the community. They contacted the City of Long Beach numerous times and eventually were able to find a deal where they could cater to Roomkey and Homekey sites, which are former hotels converted into homeless housing.

Though The Grand did charge for their meals, since they were already at a loss from the pandemic closure, that wasn’t the main purpose. Each meal was only between $5 and $6, so the primary benefit to The Grand was feeling like a part of the community. And the homeless community benefitted immensely. Not only were they provided with meals without needing to leave the safety of their homes, but this was professionally catered food from a business that does events for a living. It’s good food, and helps give the homeless community hope and feelings of self-worth.

Photo by Asiya Kiev on Unsplash