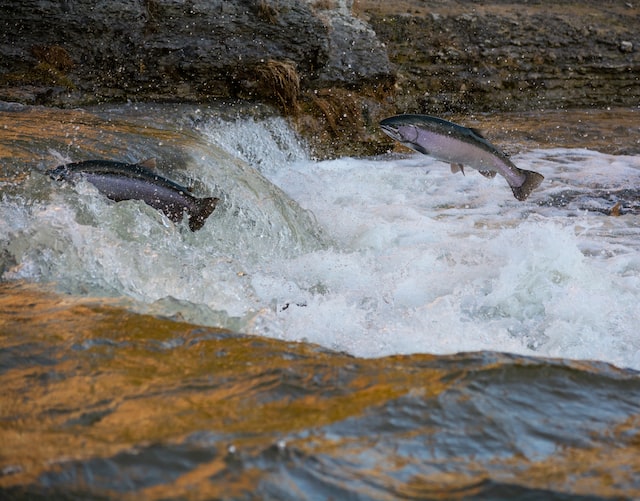 In the last 80 years, a particular species of salmon, the Chinook salmon, has not been found in the wild in one of its previously most important areas, the McCloud River in northern California. The Chinook salmon has been endangered since 1994, possibly as a result of dam construction, but it’s gotten worse in recent years. They’re also dying off in the Sacramento River, which is becoming too warm for many young salmon to survive. Now, a joint conservation effort between the State of California, the federal government, and the Winnemem Wintu Tribe of Native Americans is looking to reintroduce Chinook salmon to the McCloud River.

There isn’t anything wrong with the McCloud River itself. It’s still a good spawning point for Chinook salmon, even with climate change threatening young salmon in the Sacramento River. The problem is that they can’t actually get out because of the dams. This new conservation effort seeks to aid them with human intervention. They transported 40,000 Chinook salmon eggs to the McCloud River and measured how many spawned. About 90% of the eggs hatched. The next step was to help them along their migratory route when it came time. In order to do this, they’ve recaptured the salmon along their migration, bypassed the upper Sacramento River, and redeposited them in the lower Sacramento River. This has been successful, but the next step is still a work in progress. The group hasn’t quite decided the optimal way to get the adult salmon to return. Options include an additional recapture and redeposit, the construction of a fish ladder, or the demolition of some dams. The first two options would use a route across the Shasta Dam, while the last would involve smaller dams and a new route.

Photo by Brandon on Unsplash