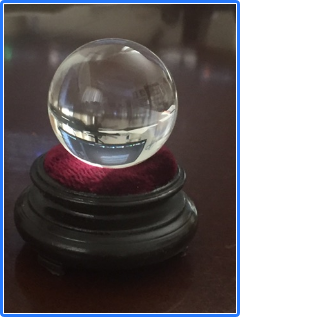 Part of that jump was the approximately 700 sales which didn’t happen in 2020. We don’t know how many of those “deferred” transactions have jumped back into the market. As of August the South Bay sales were at 6845, a 20% increase over the 2019 sales for this point in the year.

Seeing that a huge part of the March increase came in Harbor home sales tells part of the tale. The biggest piece of that market in recent months has been entry level or first time home buyers. Closely following are investors in small income properties.

Stories from the street imply that the growth in ADU additions and conversions has had an out size impact on that market as well. Both homeowners and landlords benefit from having additional living spaces.

For right now, the pandemic appears to be fading, which would tend to boost sales. Similarly, the low mortgage interest rates continue to support the market. At the same time we’re moving into fall and winter, when sales typically slow. August showed just a hint of a seasonal downward movement. September should be a directional indicator.

That jump in sales volume was accompanied by a bigger jump in the median price of the homes selling. Pent up demand and low interest rates combined to create bidding wars and drive median prices up. As of the end of August, the median price of a home at the Beach was $1.7M. That number was $1.5M in 2019 and $1.4M in 2020.

Median prices on Palos Verdes trended about the same at roughly $100K more per unit.The Inland cities and the Harbor area both showed mosest increases in the $50K neighborhood.

The monthly sales value of homes sold across the Los Angeles South Bay for August declined in all areas except the Palos Verdes Peninsula.

Compared to July, the number of sales on the Hill increased 8% in August, with a 2% increase in median price. That translated into a $150M increase in monthly sales since the first of the year.

Activity in the Inland cities has been stable for three months already, having risen about $50K per month since the first of January.

Monthly sales at the Beach and in the Harbor area pulled back for a second month in succession. Looking at the blue line for the Beach, we see a sharp drop in July which softened considerably in August. The Harbor area shows a steady decline over the same period.

As of August monthly sales totaled ~$150M higher than the beginning of the year at the Beach. During the same period monthly sales totals were up ~100M. As we move into the fall and winter season these numbers should slow somewhat.

Statistics – by Month, by Year

Interestingly, the number of homes sold in the Beach cities was unchanged from July, while the median price increased 6% at the same time.

On a month to month basis, prices are holding or increasing across the board. At the same time we’re seeing slowing or flat sales everwhere but Palos Verdes. Continued slowing for the season is to be expected.

There’s still a lot of buyer traffic at open houses, but sales volume is slowing and buyers are showing price resistance. There’s also some chatter out there about what’s beginning to look like inflation in the real estate market. My crystal ball is showing a slow steady ride through the next month. It’s all cloudy after that.