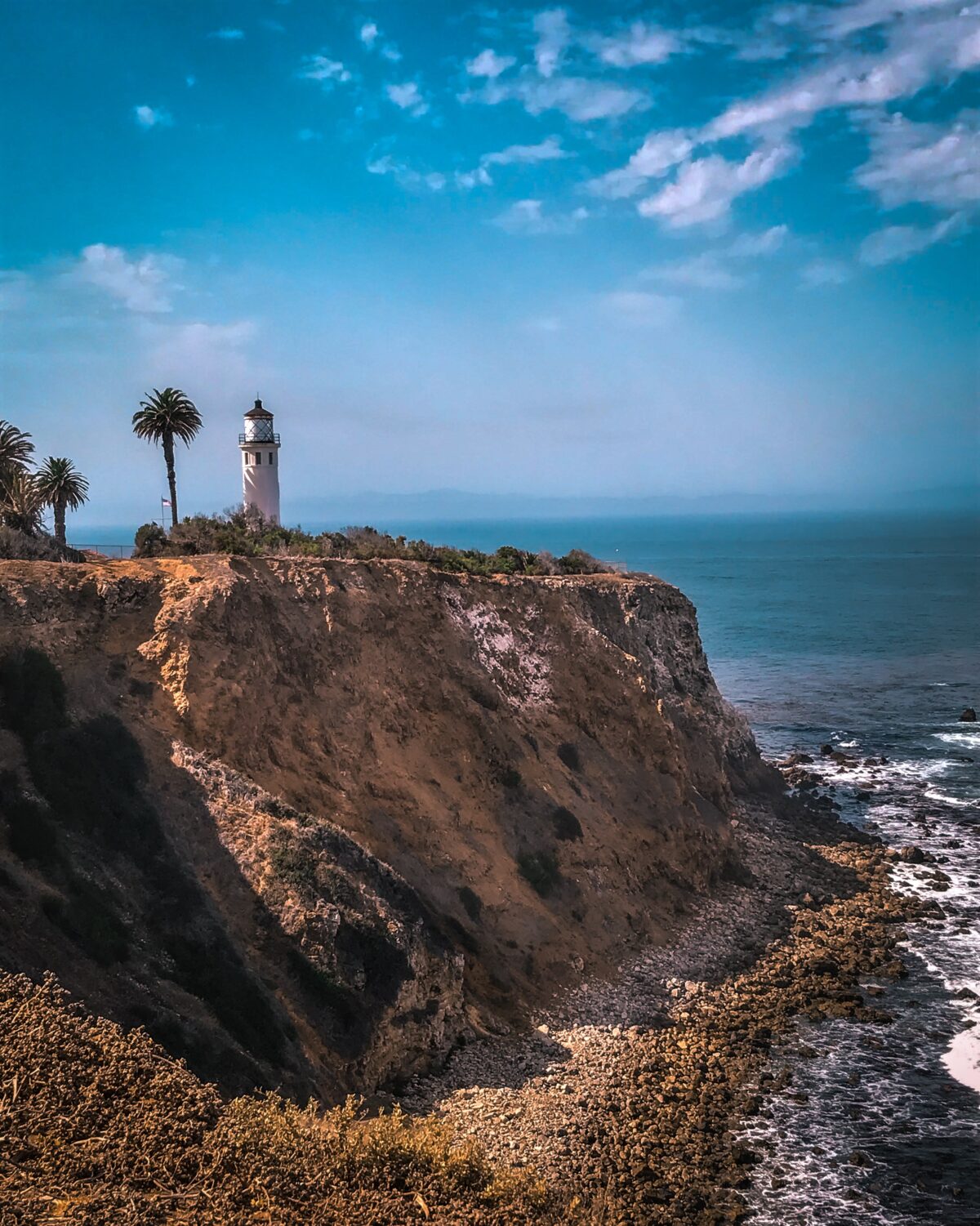 Palos Verdes Median Up +19% From May

We’ve said for years that land on the Palos Verdes peninsula is undervalued. We may not be able to say that much longer. Last month property on the Hill took another big jump upward in median price. That’s the second time in six months. When that yellow line peaked in February we found several new construction homes closed escrow in the same month boosting the median price dramatically.

This time we found two homes, selling in the same month, at over $10,000,000. To put that in perspective, during the past 12 months only four properties on the Hill have reached the $10M mark. So what are these rarefied houses that bring in over-the-top median prices? Let’s take a closer look. (Photos at link.)

The listing agent described 2005 Paseo del Mar as a single level with 5 bedrooms, 4 1/2 baths, formal living and dining rooms, 2 family rooms, pool, 4 car garage with gated entry and circular driveway. So what makes it worth $12.4M instead of $2M?

It seems 4582 square feet of house sitting on over an acre of land on the bluffs above the Pacific Ocean is worth about $10M more than if it had an inland address.

The Inland cities clearly leap-frogged the other three areas in volume of sales for June. Sales in the Inland area out-paced the rest of South Bay, erasing a -17% decline from May of this year and adding a +13% increase for June .

Let’s focus on the Harbor and that red line on the chart for just a moment. Remember this is an entry level market, where a little rise in the mortgage interest rate can quickly price a new buyer out of the running. Notice that sales in the Harbor area were at about 300 homes per month in January. By February a few buyers had noticed the interest rates climbing and took the leap.

Then March became the proverbial “last chance” to buy in the fast moving current market. Sales volume shot through the ceiling with a 61% increase in homes sold. Since then we have watched a classic collapse with prospective buyers melting into the woodwork, waiting for another opportunity.

Annual statistics are still reflecting the impact of two plus years of pandemic. Compared to June of last year, sales were down dramatically. The Inland area fared the best, coming in with a drop 0f -6% from 2021. Sales in the Beach cities and the Harbor area fell the farthest with a -34% and a -29% respectively.

Much of that increase was the result of the phenomenally low interest rates created by the Federal Reserve Bank (Fed) to offset the financial impact of the pandemic. It was good for all those people who wanted homes and had down payment money. Investors did especially well, though we saw another big expansion of the inequality gap.

Coming out of the pandemic, we’re seeing the four areas moving erratically. The steep climbs of 2020 and 2021 seem to be leveling off, as the Fed tries desperately to slow what is viewed as a runaway real estate market.

Where Are We Going?

Comparing last year’s market to 2022 shows a continuing decline in sales, while simultaneously a continuing increase in median prices. That may still change before the end of the year.

In May we saw the quantity sold drop into the red numbers across the South Bay. For June the sales volume is only off in the Harbor area, but the Hill and the Beach are both marginal. We expect sales to gradually slow as the year closes. Indications are the Fed will ratchet up the mortgage interest rate another 2% which should bring transaction volume down substantially.

May also saw the median price drop at the Harbor. Then in June the median fell for the Beach cities and the Inland areas, while the Harbor bounced back. We expect both the median and the sales volume to fall back into the red zone by the end of the year.

Sales volume should move first. Then as sales slow and buyers become more selective, sellers will begin retrenching on price. We don’t anticipate major price reductions until 2023. However, there are a lot of moving parts to this years economy. Events on the other side of the world may still make big changes here.

Photo by Josephine Lin on Unsplash