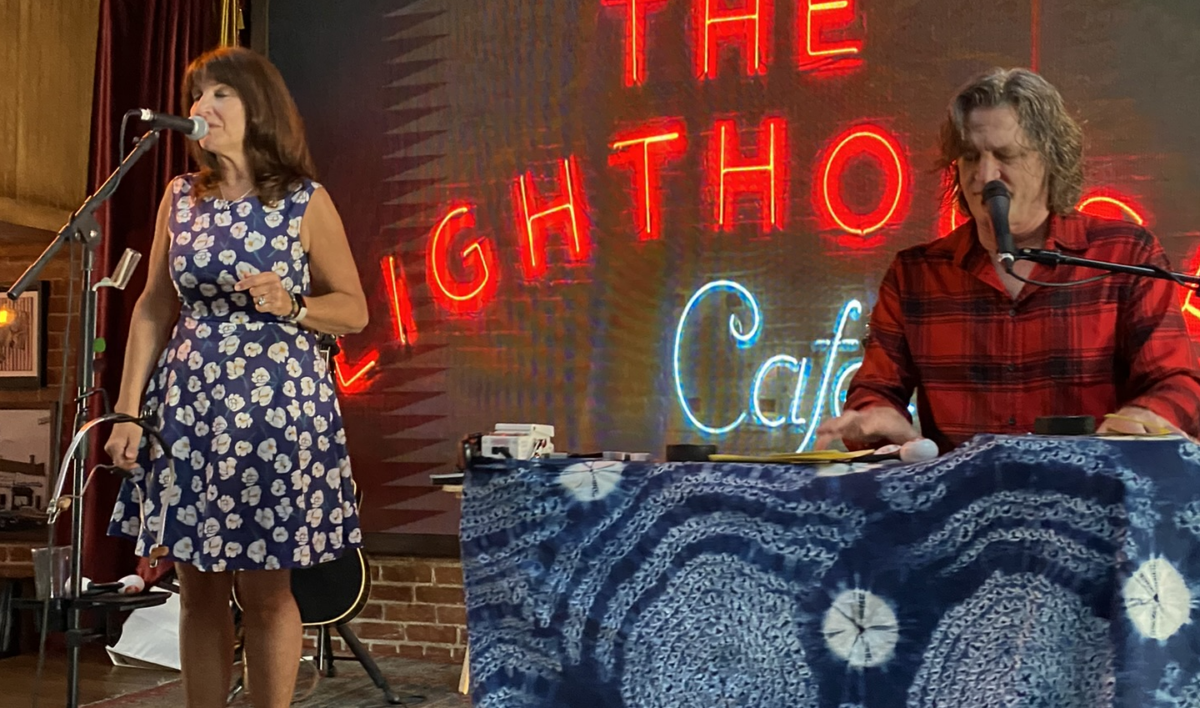 Every third Tuesday of the month, 3-4 singer songwriters of all genres, come and play their tunes in front of an intimate audience. Admission has been free but donations are strongly encouraged to help pay the musicians. It has become more than a local showcase, but a concert in an intimate setting and a great hang of like minded music lovers!

The venue has the down home feel of a neighborhood bar, with the ambiance of a small concert hall, an excellent sound system and every seat is VIP.  The Showcase has gained a very loyal following of not only fans who attend every month, but it has also drawn some amazing music makers and hit songwriters too. Many have toured the world with legends.

Project Barley’s is located at 2308 Pacific Coast Highway, Lomita, CA 90717 They have award winning crafted beer, wine, sandwiches and their amazing pizza. For more information about the venue go to their website https://projectbarley.com/ 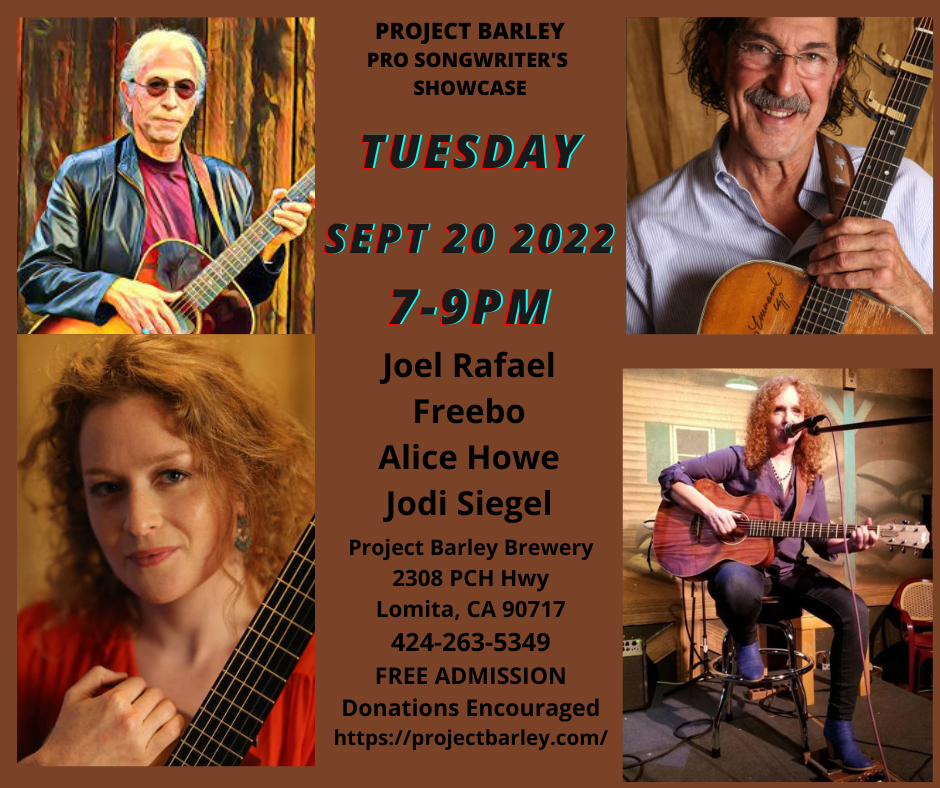 Joel Rafael is a legendary artist in the folk and Americana world. He has worked with such legends as David Crosby, Graham Nash, Van Dyke Parks, Jackson Browne, Bonnie Raitt, Jason Mraz, Jennifer Warnes and more…his songs are guaranteed to move and inspire you.

Freebo and Jodi go back decades. As many of you know, he played bass with Bonnie Raitt for ten years, as well as many other legends (Ringo Starr, John Mayall, John Hall of Orleans, Dr John and more including my friend Maria Muldaur.) Also, many years ago Freebo  produced a record that Jodi and her good friend Will Brady did called “Beer and Donuts”. Freebo has also had quite an interesting career as a singer/songwriter, guitarist over the last ten years or so, with many solo records to his name, songwriting awards and as a producer.

Alice Howe, before hooking up with Freebo (as her musical partner and producer), was already winning songwriting awards and creating a name for herself in the folk world. She has a new record coming out, “Circumstance” produced by Freebo, and it was recorded in Memphis at Fame studios. She will play some new and older stuff I’m sure, and will be backed up by Freebo on some tunes.

Jodi Siegel has created a heady and dynamic stew of musical influences (blues, pop, R & B, soul and jazz) into a sound and a style that make her a triple threat; songwriting, singing and guitar playing. Jodi’s fine-tuned solo performances are likened to a “one-woman” band!!  Her truly original style can fill a room with explosive slide guitar, jazzy vocals and a fun, easy going rapport with her audience. She can go from funky bluesy grooves to folk, to jazz and back again with ease. She’s an old soul with a fresh sound.

Project Barley’s is located in Lomita (south of Torrance/Redondo on PCH). They have great food,(Gourmet pizza, sandwiches, gluten free/vegan options and of course  wine and beer! ! For more information check out their website https://projectbarley.com/

Hope to see you all at this fabulous, one of kind, musical event…no reservations, so arrive early to get a table.

Freshly back from their annual West Coast tour, Andy Hill and Renee Safier have landed a weekly gig at the world-famous Lighthouse Cafe in Hermosa Beach. The new owner has remodelled the club and established a full schedule of varied entertainment. Andy and Renee have the first showtime at 5:30-7:30pm every Tuesday. Get there early and take advantage of the easy parking (by Hermosa standards) and 4-7pm Happy Hour.

Do yourself a special favor and show up on September 13 for the Patrick’s Birthday Celebration. Renee says there will be cake! 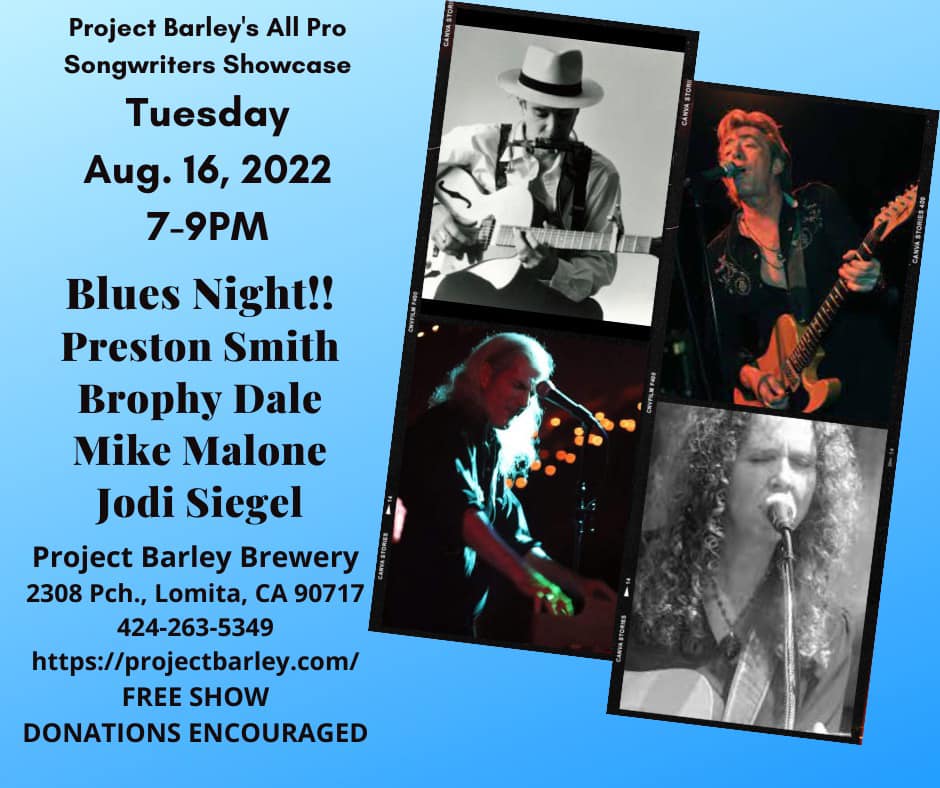 August 16, 2022 will be an epic soul/blues show at Project Barley Brewery & Pizzeria with Preston Smith, Brophy Dale, Mike Malone and organizer; Jodi Siegel. Put it on your calendar–it’s gonna be rocking!

Guitar player Brophy Dale, originally from Texas, has worked with The Stray Cats bassman Lee Rocker, as well as Robert Lucas of Canned Heat, Smokey Wilson, Joe Houston, & King Ernest to name a few, on the Southern California blues scene. He’s also had the opportunity to work with some of his heroes, which include Dave Edmunds, Delbert McClinton and a few tours with Scotty Moore.

He plays with many Southern California bands including the Broughams, The Mighty Mojo Prophets to name a few and his jazz trio; an instrumental band featuring his fine vibe playing!! Mike recently released a solo album called “Just Passin Thru.”

She can go from funky bluesy grooves to folk, to jazz and back again with ease. She’s an old soul with a fresh sound.

Wild Hearts is produced by Steve Postell (Immediate Family, David Crosby) is filled with great songs, cool grooves, intimate, smart lyrics and some of the best of the best musicians in Los Angeles today. Outside in the parking lot, next to The Depot. $20 Cover. Food and drinks- Cash Only. Doors open at 11am 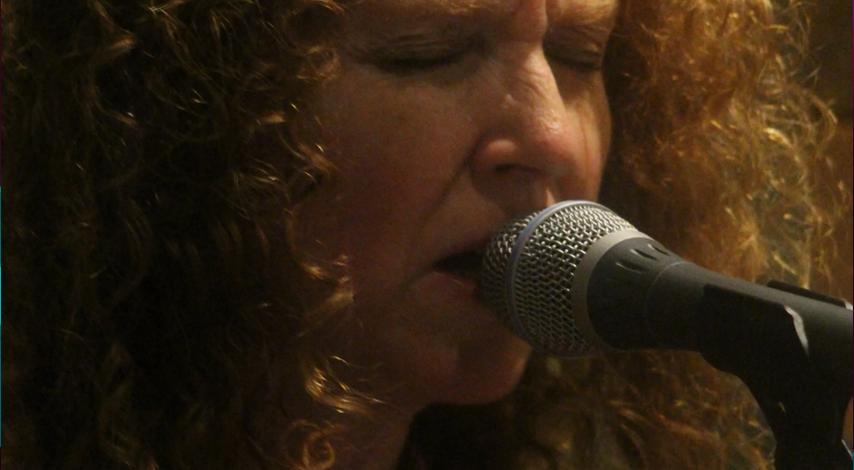 At about 7pm on the third Tuesday of every month, we indulge our taste for live music. Jodi Siegel created the Songwriter Showcase as a means to bring original songs, performed by the original songwriters, to local people. There isn’t a bad seat in the house, and by 7pm every seat is filled with music lovers. Come on down and check it out! Here’s this month’s program.

Tracy Newman : Tracy is founding member of The Groundlings Improv Theatre, which is one of the main farm companies for SNL. She was a TV writer/producer for 16 years, starting as a staff writer on Cheers. In 1997, she won an Emmy and Peabody Award for co-writing the groundbreaking “coming out” episode of Ellen. In 2001 she co-created the ABC comedy, According to Jim. Tracy has been playing guitar since she was 14 and is now a full-time singer/songwriter, doing shows for both adults and children. She has a new company called Run Along Home, focusing on age-appropriate lyrics for very young kids. Tracy’s CDs for adults: A Place in the Sun, I Just See You,and That’s What Love Can Do to Your Heart. Her CDs for children: I Can Swing Forever, Shoebox Town, and Sing With Me.
Websites: www.tracynewman.com and www.runalonghome.com.

David Plenn: Singer-songwriter-guitarist,  Plenn has developed a career as a in demand sideman, a producer as well as a professional songwriter. His “Easy Driver” was a 1978 chart entry for Kenny Loggins, while “The Forecast (Calls for Pain)” — produced by another important musical mentor, writer-producer Dennis Walker — appeared on Robert Cray’s 1990 album “Midnight Stroll.” His tunes were heard on such hit TV shows as Beverly Hills 90210, Melrose Place and Touched By an Angel.

Michael McNevin: Michael’s songs read like short stories, full of heart, humor, and a keen eye for detail. Winner of the Kerrville New-Folk award in Texas, Performing Songwriter Magazine “DIY Artist Of The Year”, 7-time grand finals “Song Of The Year” winner for West Coast Songwriters. Accomplished guitar work and seasoned vocals underscore the characters and places he comes across in his travels. He grew up in the train town of Niles, CA, in the east bay hills the San Francisco Bay Area. He started out playing underage in East Bay bars, mixed in a six-month stint busking the streets and subways in New York and has has since logged 25 years on the U.S. songwriter circuit.

He’s shared hall stages with Johnny Cash & The Carter Family, Donovan, Shawn Colvin, Richie Havens, Iris Dement, Greg Brown, Christine Lavin, Robert Earl Keen, and many of others. He’s been a main-stager at Strawberry, High Sierra, Kerrville, Redwood Ramble, American River, SummerFolk in Canada, and the Philadelphia Folk Fest. He’s also been a 3rd place finalist at both the Rocky Mountain Folks and Telluride Troubadour Competitions in Colorado, and was nominated Artist Of The Year by the National Academy of Songwriters. He tours as a solo act in the US and parts of Europe, and occasionally gets a band together as McNevin & The Spokes. In addition, Michael is an Etch A Sketch artist of some renown, delighting and dumbfounding audiences. Not kidding, he illustrates his songs on the little red toy. Michael has been a guest on CBS “Evening Magazine”, plus segments on NBC, ABC, and dozens of cable music shows.

When he’s not on the road, Michael also owns and operates the Mudpuddle Shop, in downtown Niles, a former barber shop. Now in it’s 14th year, it is a 15’x15′ creative hive for showcases, workshops, song swaps and jams. His Etch A Sketch drawings hang on the walls, waiting for an earthquake.. https://michaelmcnevin.com/

Jodi Siegel: Jodi was born in Chicago, IL. The Home of the Blues! She eventually relocated to California and  began playing and singing in countless blues, R & B, pop and original music bands throughout Orange County, San Diego and Los Angeles. Over the years Jodi has opened for and or shared the stage with many respected musicians including: Albert King, Robben Ford, Robert Cray, J.D. Souther, David Lindley, Fred Tacket and Paul Barrere (Little Feat) and countless others. Her songs have been recorded by Maria Muldaur (“So Many Rivers To Cross,”-cowritten with Daniel Moore and “If I Were You”-cowritten with Danny Timms) Marcia Ball (“So Many Rivers To Cross.”) and Teresa James (“Come Up and See Me Sometime”-cowritten with Danny Timms)

For all your real estate needs give them a call or check out their website :https://carl-and-arda.beachcitybrokers.net/ 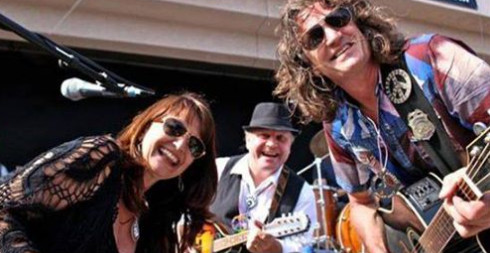 Hard Rain, featuring Andy & Renee is a perennial favorite in the South Bay, taking the title of Best Original Music Band nearly every year. While Andy & Renee perform as a duo at several different venues each week, the whole band gets together about once a week for an outdoor performance. Below are the next few weeks of gigs for Hard Rain with Andy & Renee. For more information about the band or the duo, tickets when required, and the full calendar, go to https://andyandrenee.com/

Get tickets and info at https://torrancearts.org/festival/ 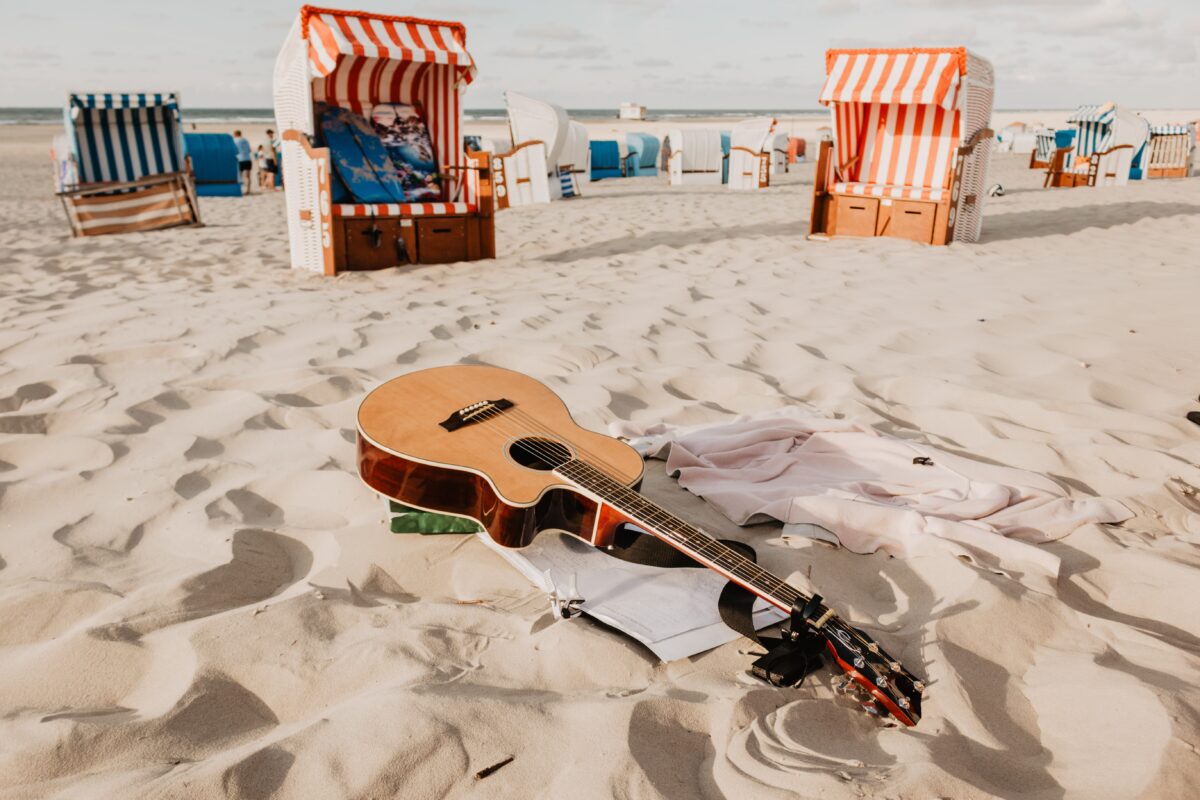 Photo by Ibrahim Rifath on Unsplash