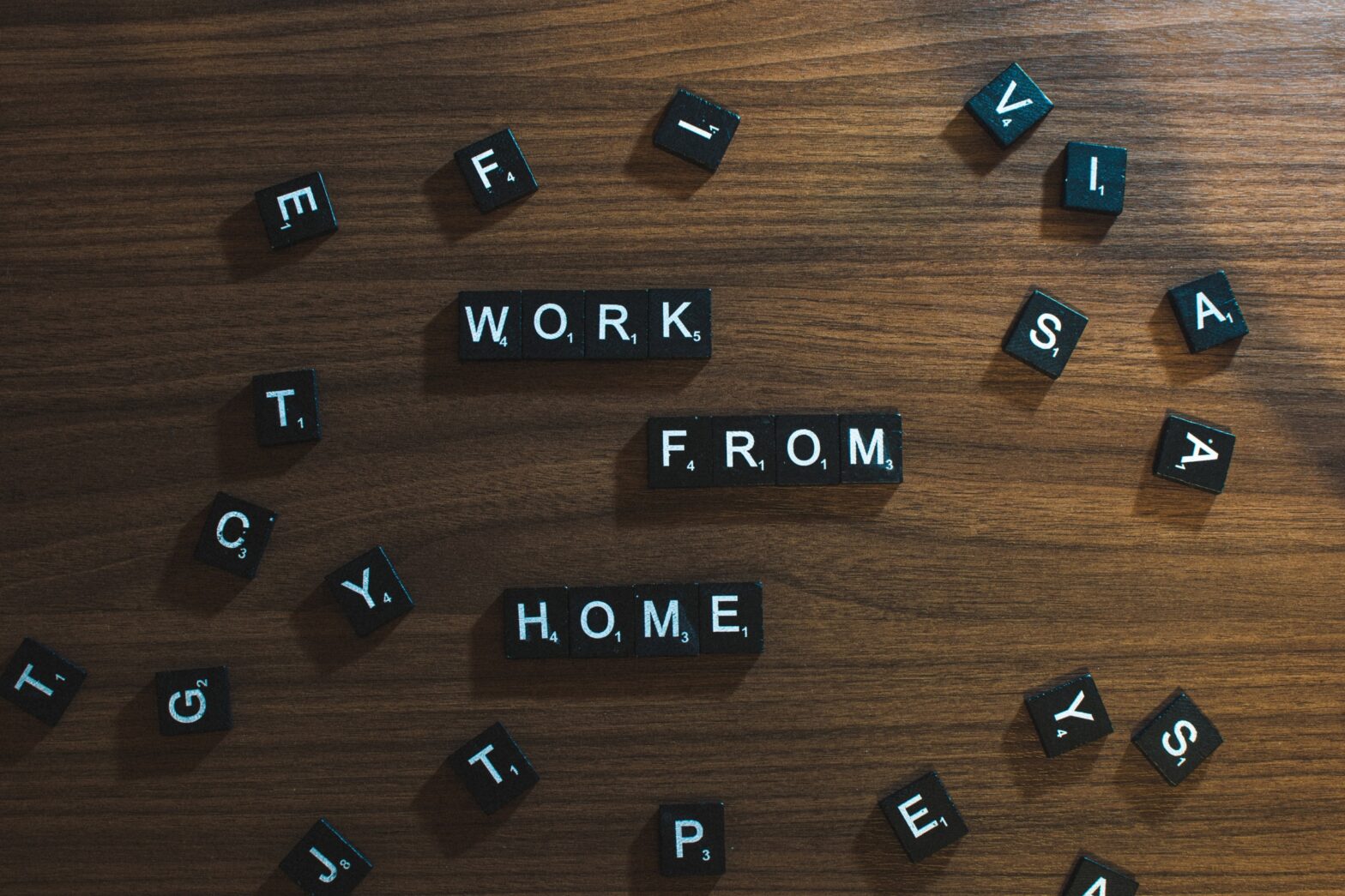 The year 2020 was very nearly the least predictable time in local real estate history. Seriously, what other time have we experienced massive unemployment and rising home prices simultaneously? All indications suggest 2021 will be a tad more conventional.

Despite “turmoil” being the watchword of 2020, the year produced some remarkable results in the Los Angeles South Bay. The Beach cities recorded a 28% increase in median price for December compared to December 2019. The cost of building didn’t rise at that rate, so clearly there was a heavy investment in anticipated value. As the chart below shows, Even with all the up and down motion, during the final half of the year buyers & investors were betting heavily that things were headed for calmer, more profitable waters.

That activity was spread across the spectrum of prices, as you can see tracing the community lines shown above.

Note that May reflects the sudden market contraction from the Covid announcement the beginning of March. This is a rare moment when the chart shows how much delay there is between signing a purchase agreement, and closing escrow. In April, 30 days after the announcement of a Covid pandemic, escrows were starting to drop off and were at or slightly down from March closings. By May, 60 days later, the number of closed sales had fallen by ~50K units in each of the four market areas. It took the classic 45 day escrow period to show that the pandemic took away nearly 30% of the business in the local real estate market.

How Many Sales? Where? Why?

While the Beach and the Harbor areas fought it out for the highest total sales dollars throughout the year, the Harbor clearly enjoyed the highest number of units sold every month as we see in the chart below. While the number of sales climbed across the South Bay, at the end of the year it was the Harbor with the largest increase in sales. Starting 2020 with 315 sales in January, the number climbed consistently through the year to a strong finish with 476 in December.

Homes in the Harbor cities are lowest priced in the South Bay by about $100K. Interest rates are currently running below 3%, and it’s in the lowest price points of the market where low interest rates are most effective. The low rates mean more buyers can afford to purchase at the same price point, on the same income stream. The larger number of buyers competing creates multiple offers and drives the price higher, which is a major factor pushing the market today. If we are to believe the Federal Reserve Bank, current interest rates are expected to remain historically low for the foreseeable future. The demand should hang around for just about as long.

In the chart below, it’s interesting to note that the Inland and Harbor cities progress across the months with stability and only a slight change from beginning to end. At the same time, the Beach and PV cities gyrate through the year, sometimes with $200K jumps from one month to the next. One is tempted to say it’s the comparative size of the market area, but the Inland cities have very nearly the same number of homes as the Beach cities.

This difference is often thought of as reflecting the nature of the home buyer in these communities. Looking at stereotypes, it’s easy to imagine an owner in Torrance or Long Beach, for example, who buys in their early twenties and doesn’t move again until retirement–very stable. In the Beach and PV price ranges, where a home is often considered more as an investment vehicle than a residence, it’s easy to see where market forces can result in sudden changes to where one lives.

The beginning of 2021 marked the end of some of the more impactful aspects of 2020. A ferocious political battle is ended, and a new Federal administration looks inclined to use “all the available tools” to bring our collapsed economy back on line quickly. Time will tell how much that helps us here in the South Bay.

The ever-changing story of the international pandemic may be coming to an end with the approval of multiple vaccines for Covid-19. Rumors still abound as to the actual efficacy of the drugs, and rates of infection are still climbing dramatically, especially here in Los Angeles county. It will end, whether sooner or later. The big question today is if the price increases we’ve seen as a result of bidding wars will sustain as the pandemic eases and government assistance is strengthened.

Looking at December activity, we see big increases in sales volume for Month over Month (M-M) and Year over Year (Y-Y) statistics. A continuance of this trend could make 2021 an exceptional year for real estate in the South Bay.

Median prices show a large variation from area to area, and importantly show a slowdown in the climbing prices. Y-Y price growth was strong in December, reflecting the high demand at current interest rates. However, M-M prices predominantly showed a reversal in price growth. Some of the slowdown could be seasonal, but if you’ve been reading our blog posts you already know there’s a growing backlog of homes poised on the edge of foreclosure. The only thing preventing a mass of short sale and foreclosure properties on the market is the forbearance rules put in place to prevent a sudden jump in homelessness during the pandemic.

December activity in Beach cities showed insane growth for M-M and Y-Y sales, both in the the number of sales, and especially in the prices of sold homes.

As if annual growth of 28% in median price wasn’t crazy enough, look at that monthly increase of 18.2%! Annualized, that would be over 114% growth! Statistics with this much reach can only be attributed to a profound belief that prices will continue to increase at a similar rate. Or, continue until the property can be flipped, that is.

Palos Verdes in December was almost a reverse image of the Beach cities. The explosive growth in PV came in the number of home sales which shot up 18%, bringing the annual number to a phenomenal 42% growth in volume for the year.

Median prices in PV showed modest increases, ending the year only slightly higher than the Fed’s target growth rate. The shift from positive growth to shrinkage in December hints at an overall market trending toward lower median sales prices.

A side note: Homes on the hill have not maintained the “investment quality” image of those on the Beach. PV was once considered the place to buy a home from a prestige angle and from an investment perspective. New money moving into the Beach cities has diminished that role in recent years. I predict a rebirth of property values in the Palos Verdes cities over the next few years, which will make having a home on the peninsula key in local business and society.

For the most part, Inland homes are family homes. They are the places with hoops in the driveway and lemonade stands at the sidewalk. Investment here is a long term concept.

So, when we see over 20% M-M growth in number of homes sold accompanied by nearly 30% Y-Y, we’re seeing market movement rather than shifts in investment strategy. As it is throughout South Bay, the cause of that movement appears to be the sub-3% interest rate which enlarged the entry level market segment. More buyers flooding in created bidding wars and drove sales and prices higher.

Compared to last December, median prices in the Inland cities were up 5.5%, peaking at $733K. That’s a good healthy increase, only slightly above the expected Consumer Price Index (CPI) numbers. Caution though–the M-M median is down 2.3%. It could be a momentary blip; a result of the holiday season, or the Covid surge. That year end drop may also indicate that the $750K median from November is the market ceiling.

In addition to the largest home sales volume in the South Bay, the Harbor area boasts the most entry level homes. There’s a good deal of lifestyle overlap with the Inland cities, to be sure. The Harbor dramatically displays the same message we see across most of the South Bay. Everything was going strong until December, then buyers put the brakes on.

Today’s environment in the Harbor points the direction to the future. Sales here had a stronger growth than the Inland cities over the months leading up to December, and show a more pronounced decline in December.

Some of the slowdown will ultimately prove to be driven by the holiday, and some the election, and some by the pandemic. Even then, it’s hard to avoid the feeling that some of the decline is a recession held back by a thin wall of regulations temporarily preventing foreclosure and eviction.

We can certainly hope for better news from the new year, but as of the end of 2020 many of our indicators are calling for a deeper recession in coming months. It’s possible. Somewhere in the range of 20%-40% of homeowners are in forbearance now, and a roughly equivalent number of tenants are building up deferred rent payments. If adequate measures are taken to protect both sides of the debt, all of this will amount to footnote in history. Otherwise, it’ll be the second worldwide recession in this generation.

Photo ‘Work From Home’ by Nelly Antoniadou on Unsplash